NOTE: Lower Mainland is the part of BC closer to the cost, the further west you go, the more zeroes you add to the real estate prices. Also it rains, often and always, as a general rule. 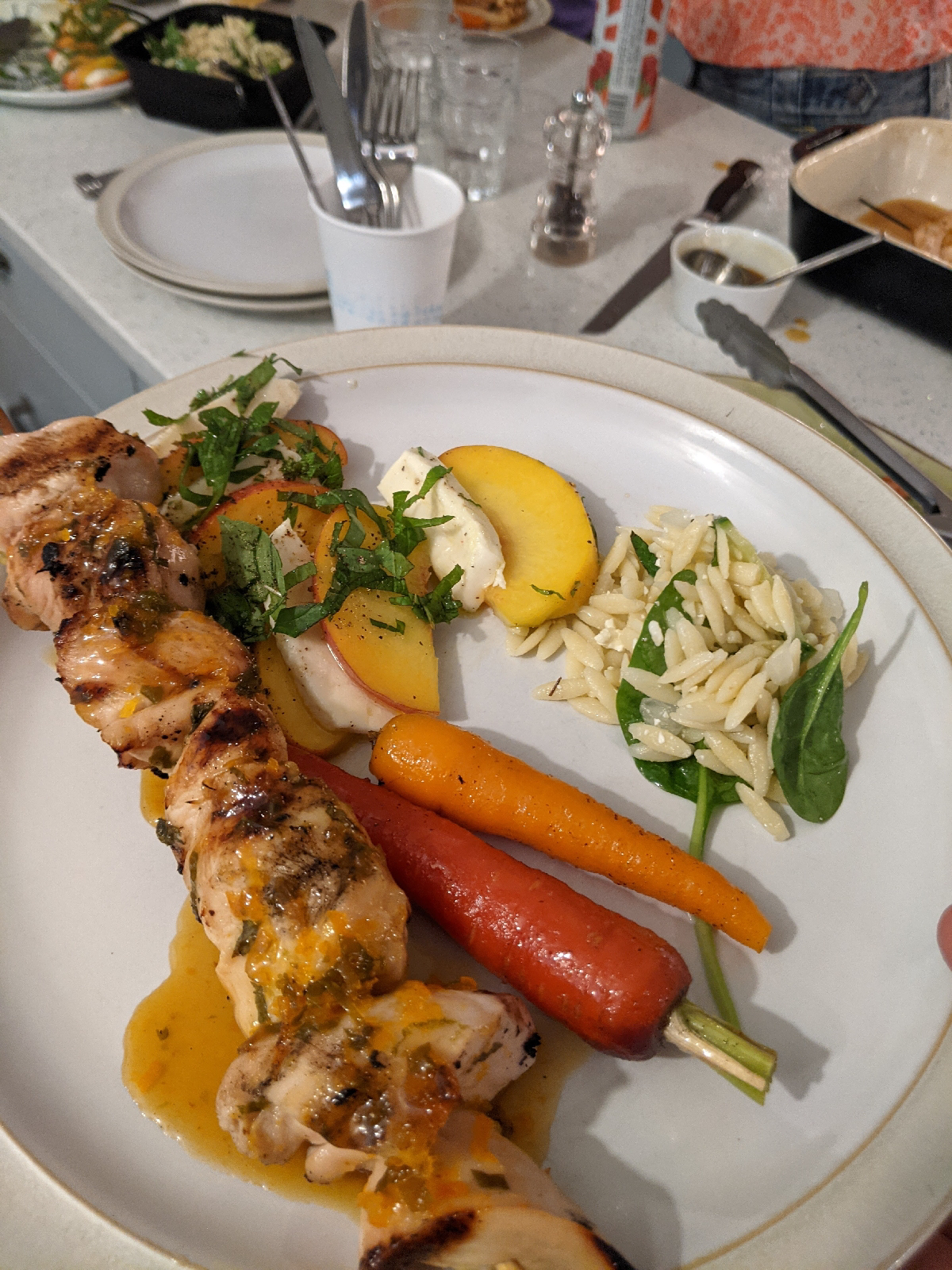 We visited our friends in the Interior of BC. There's currently a blanket of forest fire smothering our hometown, so it seemed like a great alternative. It was, technically, AN alternative, not a great one. Smoke doesn't respect municipal boundaries.
It was just a weekend stay, with a bit of a drive on the Coquihala. A highway where local truckers drive the the sort of speed is reached if one is sitting high, HIGH up. High enough to not notice speeds more usually attained on the salt flats, or an episode of COPS. The road always seems to be careening. Up or down, or curving. Sometimes the wonderful down and curving. All the meanwhile other vacationing families try and keep pace with the regulars.
Driving is always a proper balance between trying to maintain the ambient speed, and drying not to rev my poor honda's engines to RPMs reserved for the Fast & Furious franchise. Being tailgated at these speeds engulfs me in equal parts rage and anxiety, while being passed by local truckers, and turning a blind eye to my fellow tourists white knuckling it to relaxation.
Their city is the sort of hot dry place with devastating winters where everyone has enough room to take up hobbies like woodworking or tap-dancing. Where there are so many lakes it's impossible to find one too crowded. Compared to the lower mainland, where a spray park can cause an around the block car lineup not seen since the 70's oil embargoes. It's a city where you feel out of place if you don't own a camping trailer. Double out of place if you don't own at least one vehicle that has serious pretensions about off-roading.
We stay at our friends rather large house. For Lower Mainlanders, any dwelling where you can say, clear your throat without someone at the other end hearing you, is big. In this house I could reasonably yell and not be sure if someone heard me on the other side of the house. This is not a house, this is an estate. Clearly one of the main reasons our friends ditched the absurd house prices of the Lower Mainland. 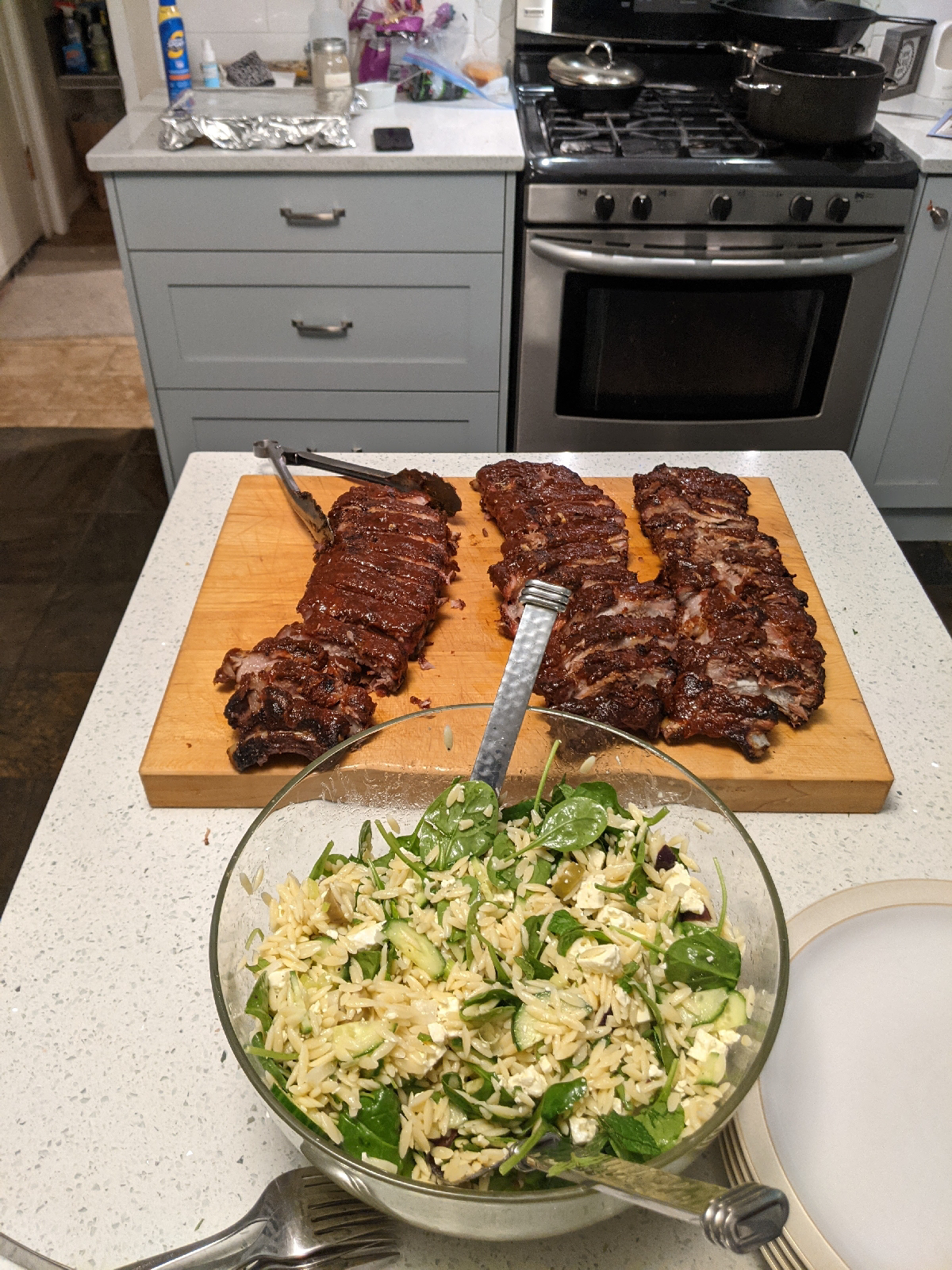 It's pretty great to end our vacation here. They feed us so well. The dinners put glossy perfectly photographed recipe glamour shots to shame. My buddy cooks with amazing ingredients and has a much more varied repertoire than I do; for instance, he has a very strong salad game. Apparently not all of them are bagged. He has many things that are pickled. Some that I'd argue shouldn't be until I try them and swear to pickle everything. He keeps a supply of limes on hand. He's a fellow who watches the food network then actually applies what he learns.
Our kids play with their kids reasonably well, and I get to play the occasional board game with my buddy. It's a great low key time. He does enjoy the odd nerd-game, so it does make things easier. He's an engineer, so by profession he's legally obligated to at least tolerate board games, and possibly brew beer (he does). 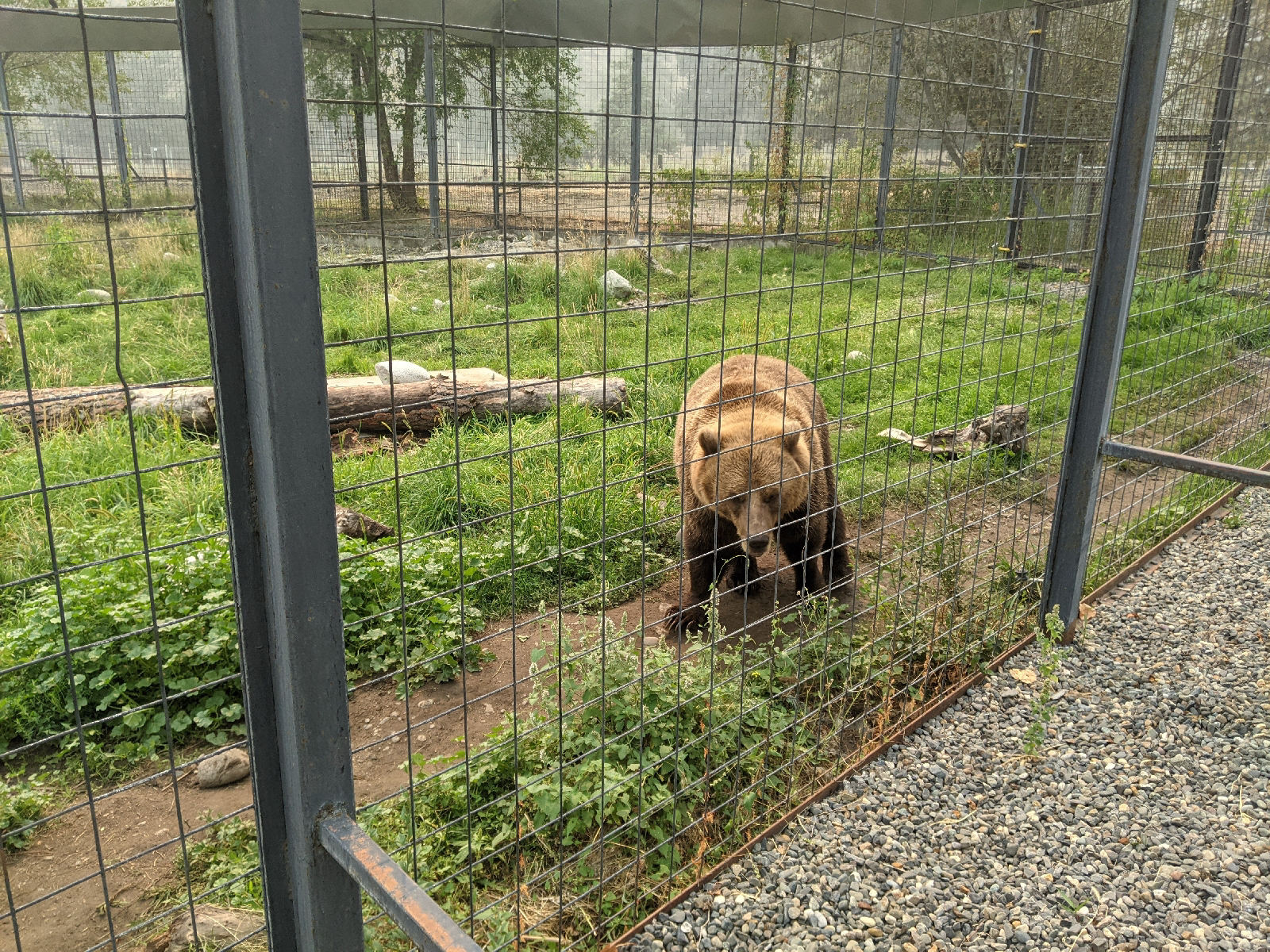 On this visit they took us to the wildlife exhibit. Which is kind of a zoo, except all the animals in it have been rescued and are, in some way, incompatible with being returned to the wild. Lame, found as a cub with no life skills, terribly unattractive, you get it.
Some are quite exotic, the kermode bear, or something one would never see usually, a cougar, for example. But some are, questionable additions. The raccoons, I'd argue. The deer. I didn't get to the point where I was expecting a border collie but I was close. There was a grumpy too cute to be successful porcupine, two grizzlies that, I dunno, I feel if there was a really tasty toddler on the other side they'd tear through the gate faster than you can say "what do mean there's no refunds?". All in all it was pretty great, though. There was a pall of smoke and an ever present heat, but that porcupine was adorable.
Then it's more being fed, more board games, some family board games, but snooty euro family board games that have won all sorts of unpronounceable awards. Because, obviously, I'm the one supplying the games. The snooty euro family games have one thing in common, they always have the most deviously simple rules you at first sniff and, as an average person gazing upon a Basquiat for the first time mutters, 'huh, I could've made that'. Or more likely 'but isn't that already a game', except it isn't.
For example, Just One. A cooperative game. One player leaves the room. The rest have to put down just one word in secret that'll help the person who left guess the word. Except before the guesser returns, everyone compares their one word clues, and duplicates get erased. No, you have not played this game in your grandpa's cabin in the 90's.
And then the fun is over and our road-trip summer is over and we're back to our modest townhouse. There is slightly less smoke. There is even some rain. I still prefer living here, cramped, wet. But will most likely never take up tap dancing.
Posted by Niteowl at 12:04 AM